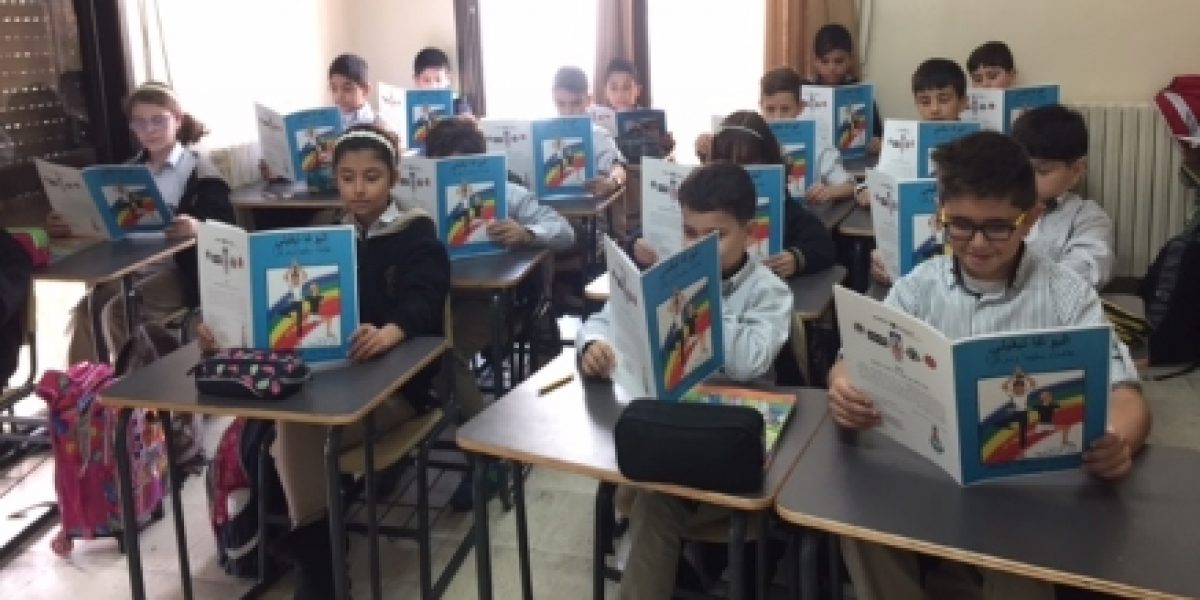 Southern Hills Middle School students learned about yoga, meditation and other mindfulness activities along with participating in team-building activities with Avid4 Adventure. Students took a walk around a nearby lake to learn about mindful movement, learned calming breathing techniques and heard about the importance of a growth mindset during a day of workshops.

“We felt compelled to do this,” said Kristen Kron, a counseling intern at Southern Hills. “With the stress and anxiety students are feeling in this crazy world, they weren’t feeling very present. We wanted to give them strategies to help them be healthy and happy.”

“No matter where you go, there’s this constant bombardment of stimuli,” Marie said. “There’s no way to disconnect. To shift to empathy, compassion and higher reasoning, we have to strengthen the part of the brain in middle schoolers that’s not fully developed.”

Southern Hills’ efforts are part of an overall school district focus on social emotional learning. The district previously brought in a five-member team from the Collaborative for Academic, Social, and Emotional Learning to conduct an analysis.

“We want them to have tools available to help them cope with difficult situations and emotions,” she said. “We want kids to learn how to assess what they’re feeling and learn how to self-regulate.”

Kron added that the goal is to keep the project going by consistently integrating the practices students learned from the anti bullying program into the school day.

During the week, she led a session on meditation, asking students to sit with backs straight and focus only on their breathing. Then, she had them relax their muscles, one after the other, with music playing and lights dimmed.

“Right now, I just want you to breathe,” she told them.

Some students said they found the lesson relaxing, while others said it was challenging to stay still or not be distracted by noise around them.

Seventh-grader Julia Abboud said she liked that the workshops provided practical advice, but preferred more active ones to those with a lecture format.

She added that she would like the school to add a regular meditation time.

“That was pretty relaxing,” she said.

“My mom goes to yoga every morning, but I’ve never been to a class. I was surprised, but I was actually pretty good at it. It was really fun.”

Empower the next generation
Make a donation
donate