View cart “Yoga Keeps Me Calm, Fit and Focused – Booklet” has been added to your cart.

Pendulums are traditionally used to detect the chakra energy centers of the body. They are great for helping children or teens gather awareness as to how yoga exercises, breathing practices and relaxation can balance the subtle energy body.

Available in Rose or Clear Quartz; Amethyst Teardrop or Stick; or Jade or Onyx with Om sign.

Price reflects cost of individual items and includes shipping. Call us to discuss the right pendant for you.

Gems and crystals come from within Mother earth.  They are alive and intelligent, having the intelligence of nature within every cell of their beings.  They are mined either by hand, machine, but grow in the earth and are removed from the earth to be used for many different purposes.

When gems, crystals, or rocks of any type are in the earth, they are exposed to earth energies including magnetic energy fields and electric energy fields.  These energies come in a variety of ways including the inner workings of our planet, energy grids surrounding our planet, and from energies from the broader Universe, of which our planet Earth is a very active member.

For example, when lightening strikes the earth, it sends enormous amounts of energy into the earth, and the gems, crystals and rocks within it.  Think of the molten lava pouring out of active volcanoes and the energy the heat and minerals within it and how it affects the energy of things within its range of influence.

All planets, including the Sun, the Moon, Venus, Mars, Jupiter, Uranus, Pluto, Saturn, and all other planets, stars, and energies in the broadest Universe influence the energy of gems and crystals.

It’s important to remember that gems and crystals are alive.  To remain alive and energized once removed from within Mother Earth, gems, crystals, and objects made from elements taken from the earth, need to be cleansed and energized on a regular basis. 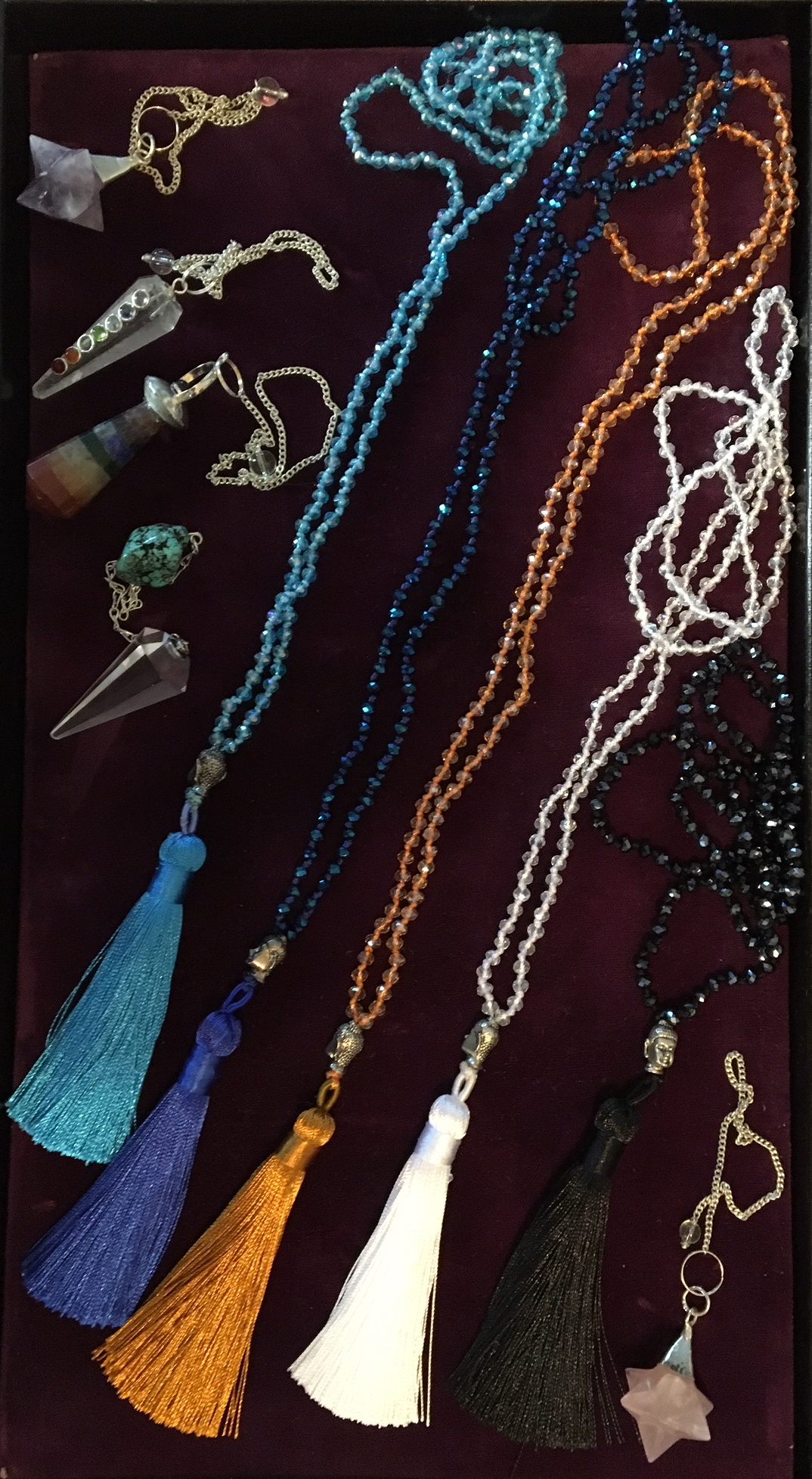 There are no reviews yet.

Be the first to review “Gem Stone Pendulums” Cancel reply