Yoga for Children with ADHD 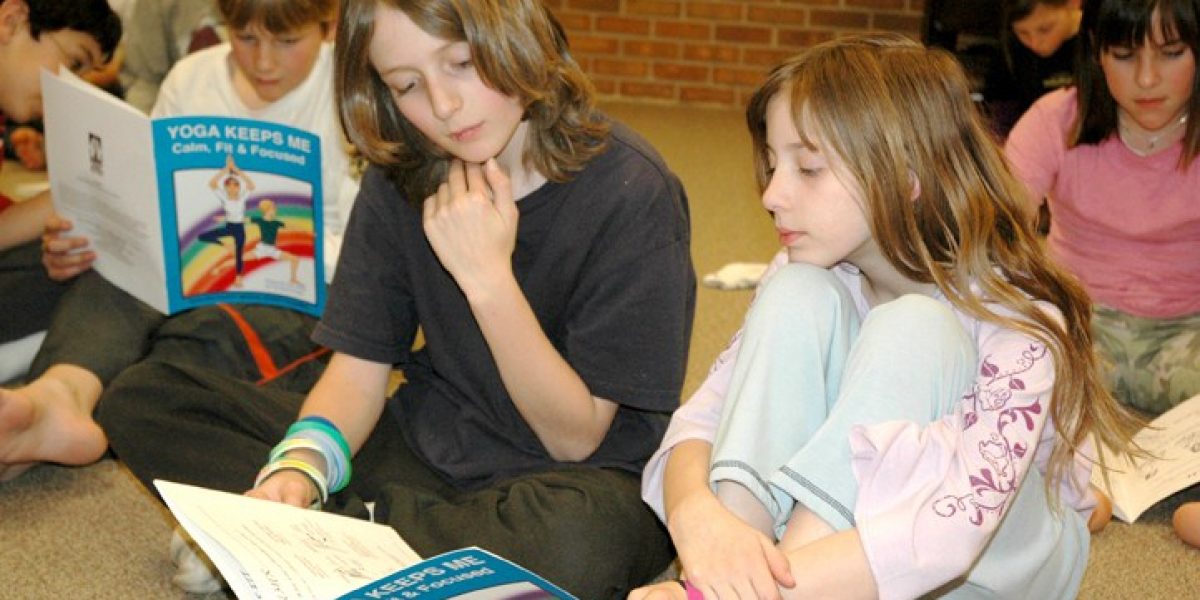 Yoga for Children with ADHD
Recent findings across the globe on the beneficial effects of yoga have led this practice to be embraced by adults and children alike. Yoga is used to provide pain relief for migraines and backache, to relieve stress and to increase vitality. It is also considered a complementary therapy for illnesses such as atherosclerosis, breast cancer and many mental conditions (such as anxiety, depression and Post-traumatic Stress Disorder), with powerful stress- and fatigue-fighting effects. Yoga is also used with children, to help increase concentration and decrease bullying; learning the art of pranayamic breathing enables little ones to remain focused and positive in the most difficult of times. Studies have also shown that yoga can be used with children with Attention-Deficit/Hyperactive Disorder (ADHD).
ADHD: A Condition Affecting Millions of Children
According to the Centers for Disease Control and Prevention, in the US, approximately 11 per cent of children aged between four and 17 have been diagnosed with ADHD since 2011, with numbers increasing as the years progress. The average ADHD diagnosis is made when a child is seven, and boys are more likely than girls to be affected (13.2% of boys vs 5.6% of girls). Children with ADHD display an array of symptoms, including frequent forgetfulness, squirming or fidgeting, talking a lot, finding it hard to resist temptation, having trouble with turn-taking, etc. This can lead to difficulties in relationships with others, both at home and in a school/social setting. Despite a plethora of studies, the precise causes of/risk factors for ADHD are unknown, though research suggests that the condition is related to genetics. Additional risk factors can include premature delivery, low birth weight and the use of alcohol and tobacco during pregnancy. There are three types of ADHD patients: those who are mainly hyperactive, those who find it difficult to concentrate, and those who display a combination of these qualities. Treatment is varied and can include medication, therapy or a combination of these approaches. Recent studies have shown that yoga can also have an important role to play in soothing many of ADHD’s most difficult symptoms.
Yoga Helps Kids with ADHD: The Findings
A 2013 study published in the journal, ISRN Pediatrics, found that yoga improved school performance in a group of children with diagnosed ADHD. The study involved 69 participants, who took part in a program called Climb-Up, which involved yoga, meditation and play therapy. Parents and teachers were then asked to assess the behavior of the children using the Vanderbilt questionnaire for ADHD. The researchers found that 46% of children improved significantly in terms of their behavior (according to their teachers) and 92% improved (according to their parents). The authors concluded that yoga could form part of cost-effective programs to tackle ADHD at schools.
Another study published in the Journal of Attention Disorders sought to study the effect of yoga on 19 school-aged boys with ADHD, who were on medication. The kids took part in either 20 sessions of yoga or in control activities. Researchers found a significant improvement in behavior of children in the yoga group, and those who practiced yoga at home in addition to taking part in the program, showed an even greater level of improvement.
A third study published by German scientists separated a group of 19 children into two groups: one took part in regular yoga sessions and the other performed traditional exercise routines. The study found that those in the yoga group once again displayed significantly reduced symptoms. They were found to improve in behavior and in the ability to concentrate.
Why Yoga?
The exact mechanisms that make yoga so successful at dealing with ADHD are unknown, though it is suspected that it may be related to yoga’s powerful ability to augment concentration and reduce cortisol (stress hormone levels) through a combination of pranayamic breathing, asanas and meditation. Yoga enhances our ability to be ‘in the here and now’, a skill which is so vitally needed in particular by ADHD sufferers with concentration difficulties. Yoga also enhances the mind’s ability to control thoughts, feelings and actions, thereby enabling children and adults alike to prevent conflicting thoughts and desires from disturbing their concentration and tranquility. Yoga has the unique ability to teach us how to concentrate and relax at the same time… it encourages a way of living that children can embrace and flourish through for the rest of their lives.
This is a freelance article by Helen Murchison

Empower the next generation
Make a donation
donate